NOTHING​
IS WHAT IT SEEMS

The greatest scientific leap in history has been made… unleashed in one tiny little “remedy.”

It’s creator, billionaire playboy Dr. Fabian Fichtinger is set to become a global superpower with his new “Trinity Therapy,” soon to be released. The government, the church, and the good scientists at Harvard University can do nothing to stop him from creating superhuman… addicts. They might even be involved.

Tes is one such scientist, with his own special research in genetics. Although the ultimate 23-year-old thoroughbred – intellectually, psychically, athletically – he’s always known there was something just not right inside. When Ficthtinger becomes obsessed with him, he knows he’s in great danger.

No country is safe; no market prepared; no hospital ready. What is to come will bring modern civilization to its knees. Everything rests with Tes, and his secret. Luckily, he’s not alone. Help comes in the form of a drunk, PTSD suffering, ex-soldier called Royce, who was once part of an elite secret troupe: The Savage Seven.

Can he get his former squad back together? Can this ragtag bunch of once-great fighters get clean, get organized and get tough? Are they too late? Is anything what it seems? 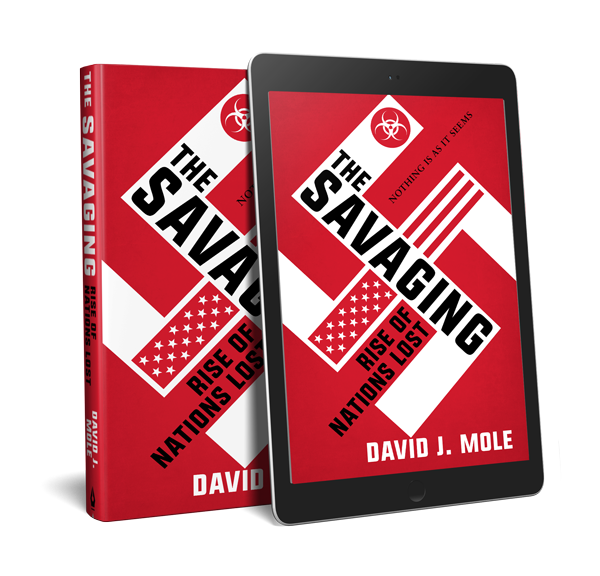 ...A TOM CLANCY / DAVID BALDACCI ST​YLE NOVEL THAT KEPT ME READING ALMOST NON-STOP UNTIL 2AM.

...AN ABSOLUTE PAGE TURNER; FRIGHTENING TO THE END